After weeks of isolation, and in Ron’s case prolific building, we finally made it to Knettishall for a very limited rain swept visit. Over three months of missed opportunities, and the rain was persistent enough we managed only three flights between us in 2 hours! Ron was there to bravely maiden his just finished Xtra Wot, I was filming and hoping to discover I could still fly, using an old and familiar foamie.

Anyway, the important news is that the Xtra Wot took to the air (after a screech of tailskid on tarmac) as if it belonged there, and looks every bit as good in the flesh as the photo reports suggested it would.

There are 3 videos of the maiden. They are too large for this site, but Ron has posted them to YouTube for all to see. Follow these hyperlinks (they each open in a new tab):
Video 1, take off
Video 2, in flight
Video 3, landing

Visit the Photo Reports tab to find the Xtra Wot build pictures, plus many more build and repair reports. 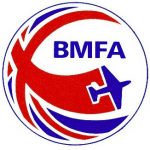